While Iris does support vanilla structures... It's not great. It is very hard to trick NMS into generating villages & other structures in places where they would fit. Iris does not "override" a vanilla generator like other world generators do. Instead It creates virtual biomes and regions, meaning the game has no idea what biome is what. This means Iris has do do a lot of behind the scenes trickery to get minecraft to place structures properly without rewriting the whole jigsaw system. Which brings us to Iris's future plans... Rewriting the whole jigsaw system! Here are some benefits
This Idea was put together with amazing images from Astrashh. Full Post here: https://github.com/VolmitSoftware/Iris/issues/170

The first step once the generator has a valid location for the structure is allocate the beginning piece. Proceeding this, loop through each connector on that beginning piece and attempt to place a piece from each connector’s family that contains a matching female/bi-directional connector. 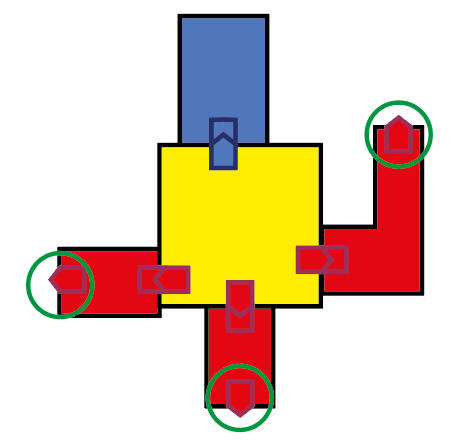 Once objects have been allocated, recursively loop through each object’s connectors and repeat the previous step.

In the image above, one of the object placements overlaps with another. Depending on the configuration, the family could ignore object collisions (perhaps with the ability to blacklist collisions with families), or attempt to place a difference piece from the family.
In this case, it will attempt to use a different path object 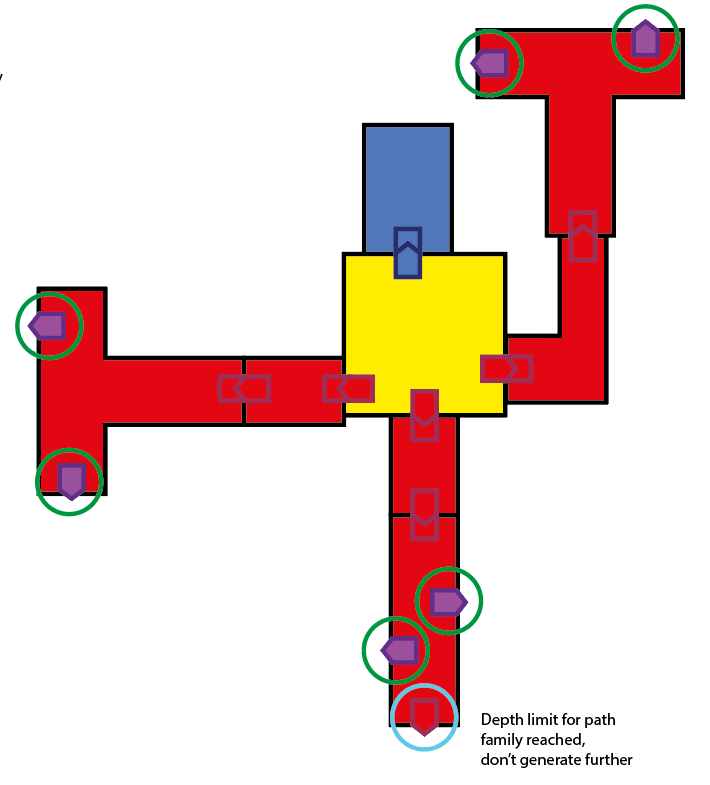 The previous object collision has been resolved by using a different variant, so continue the recursive loop since there are still male connectors that haven't been used. Since paths can connect to themselves, a recursion depth limit should be specified to limit the amount of times a family continues for. In this case, paths have a max depth of 2, and as such, the bottom most connector will be ignored, since there are already two paths that have generated in sequence.

Above is an abstract tree representation of the structure, the depth could either count the amount of objects in one family within a branch starting from the origin (from the yellow node), or starting from the connector the family group begins at.

Continuation of the algorithm: 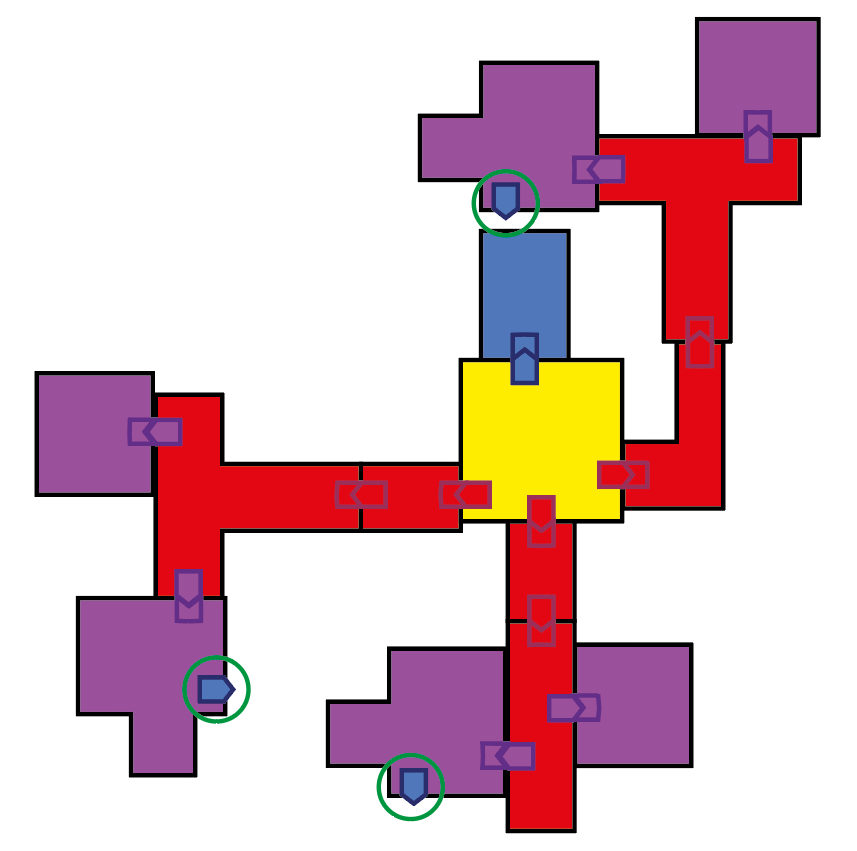 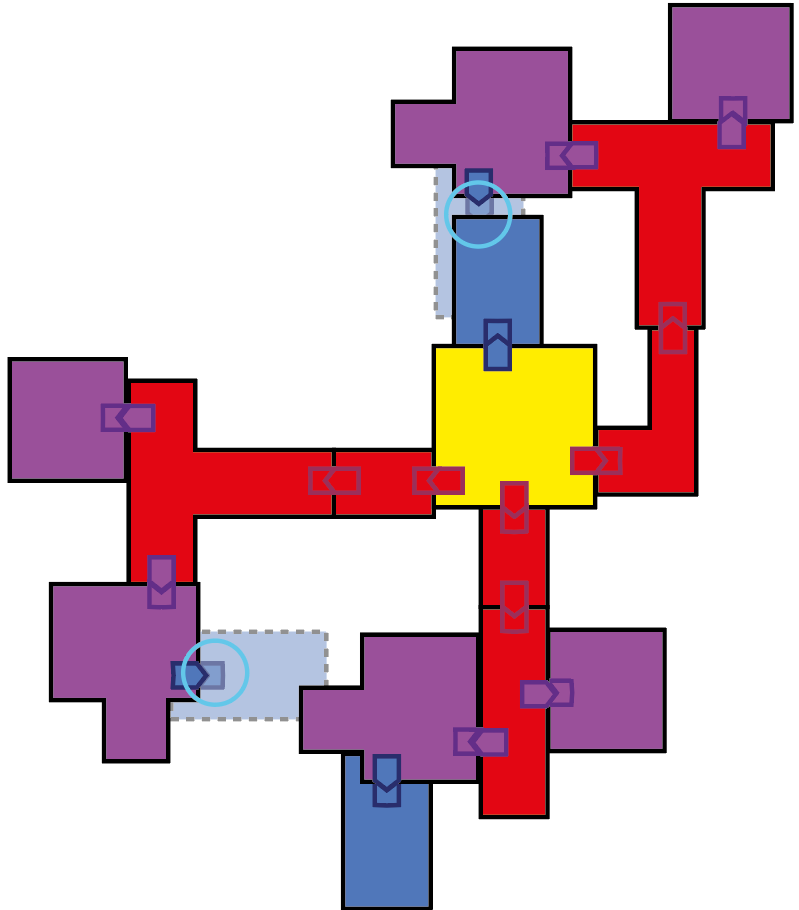 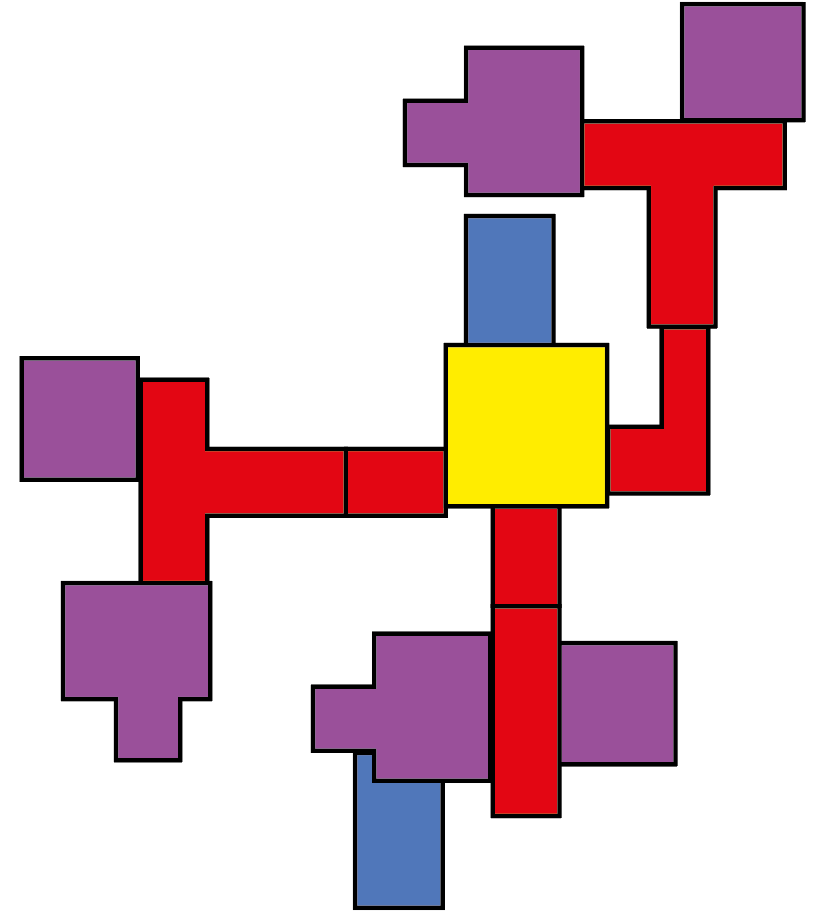 In addition to the above, I think it would be valuable to allow for the existing placement modes to work with jigsaw pieces.
Below is an example of how objects of the path family and farmland family would conform to the terrain, whereas the town center and buildings do not. As a result, the location of the connectors would be affected by how pieces conform to the land. 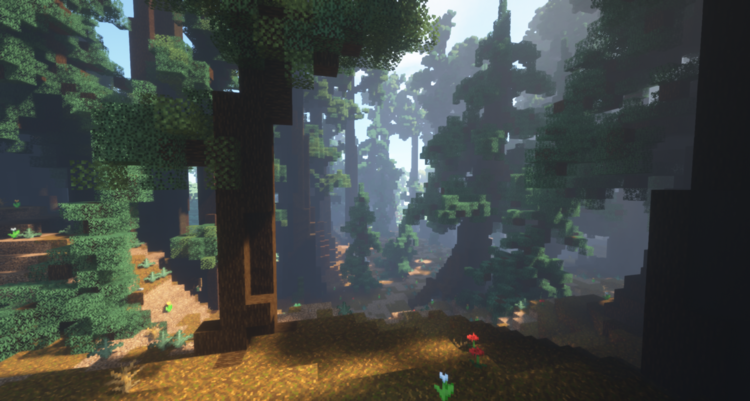 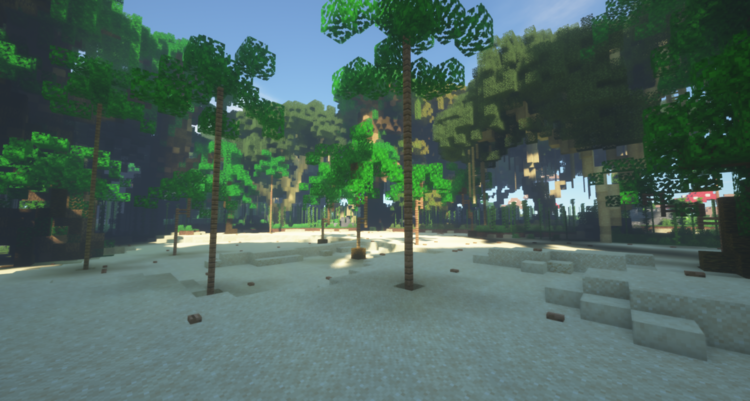 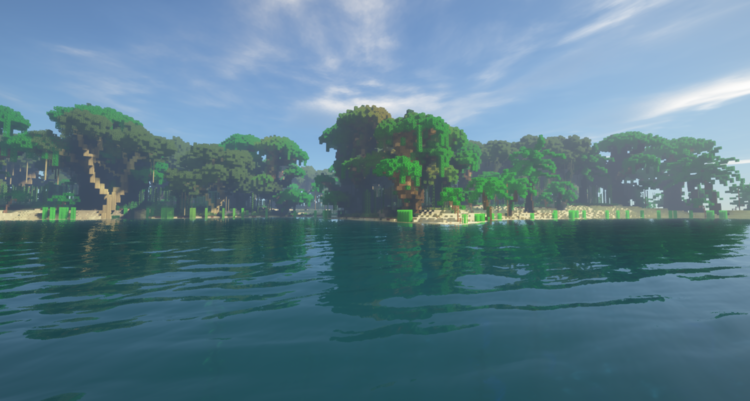 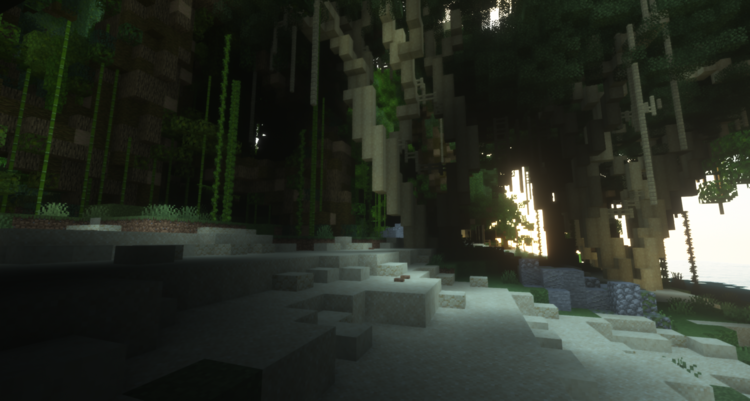